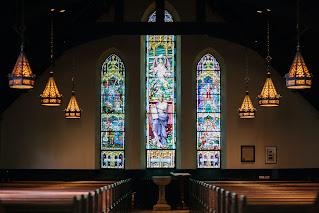 Photo by Karl Fredrickson on Unsplash
Does church even matter anymore? I’m not talking about believing in God, “religion” or “being spiritual” but does getting together on Sunday morning in a building matter? Is that still relevant in the 21st century?
In this episode I’m talking with Zachary Mettler. Zach is a staff writer for Focus on the Family’s Daily Citizen. He recently wrote a piece for the Washington Examiner titled 'Digital religion' offers new opportunities — and threats — for believers.
We discuss the relevancy of church in modern life, and some of the impact the lockdowns of 2020 and 2021 had on children, their development and mental health. Mettler is working another article which speaks to the harmful impacts the lockdowns had where he discovered the lockdowns resulted in:
91% increase in self harm in children
300% increase in children seeking medical help for self harm
63% increase in overdoses and a large spike in emergency room visits because of that.
We also talked loneliness in adults.
One recent surveyfound that the number of Americans who say they have no close friends rose to 12% in 2021 from 3% in 1990. Among young men, especially, that number is higher. Fifteen percent of men report having no close friends, according to the poll.
So IF church matters, is on-line church a suitable replacement?
A large number of young adults are turning to “digital religion,” according to a studyfrom the University of Waterloo.
“We’ve found that while digital religion isn’t necessarily attracting a lot of new millennials to participate, it is making the experience of those already involved richer,” Wilkins-Laflamme said.
Another recent surveyconducted by the American Enterprise Institute found that younger people are experiencing a “loneliness epidemic.” They are “lonelier in general than older people because most of them are not as rooted in particular relationships and communities,” the research found.
One of the activities associated with a reduced feeling of loneliness was frequent church attendance. “Americans who are members of religious congregations are less likely to feel lonely,” the survey found.
Links:
https://dailycitizen.focusonthefamily.com
https://www.washingtonexaminer.com/restoring-america/community-family/digital-religion-offers-new-opportunities-and-threats-for-believers
https://www.bensongregory.com

Bible Verse of the Day

Enhance Your Ministry with Radio

If you are a minister of the Gospel or directly involved in some kind of evangelical ministry this message is for you. Click to learn more.